Robert McDowell is a poet, performer, social activist for the advancement of women and women’s rights, storyteller, public speaker, educator, editor, and author of 21 books, including Poetry As Spiritual Practice (Free Press/Simon and Schuster), an Amazon and Barnes & Noble bestseller featured for a month at Deepak Chopra’s website. 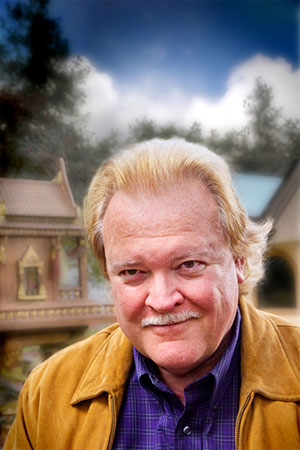 He is also the coauthor of two volumes of literary theory, co-translator of a collection of stories by Ota Pavel in the Eastern European Penguin Classics Series, and editor of three anthologies.

McDowell cofounded (with Lysa McDowell and Mark Jarman) and served as publisher of Story Line Press for 22 years, and he coedited (with Mark Jarman) The Reaper magazine for a decade.

Over the course of his career, he has selected and guided into print more than 300 books by Pulitzer Prize winners, A Nobel Laureate, five U.S. Poet Laureates, and intermediate and beginning writers. As a lifelong mentor of emerging poets and writers, McDowell especially champions women in print, literacy, and women’s rights.

A two-year Woolrich Fellow at Columbia University, Walter E. Dakin Fellow at the Sewanee Writers’ Conference, and finalist for the Oregon Book Award, McDowell co-created The Poets’ Prize and the Rural Readers Project.

McDowell has taught in Bennington College’s MFA program, which he collaborated on the creation of; the University of Southern Indiana; UC Santa Cruz; and writers’ conferences such as the Taos Writers’ Conference and Donegal Festival.

A dynamic keynote speaker and workshop leader, McDowell delivers talks on topics ranging from the hero’s journey to the spirit horse to neurotheology to career transformation. He has addressed many interfaith communities, and he recently performed with Dr. Rama Mani at the library of the United Nations in Geneva, Switzerland.